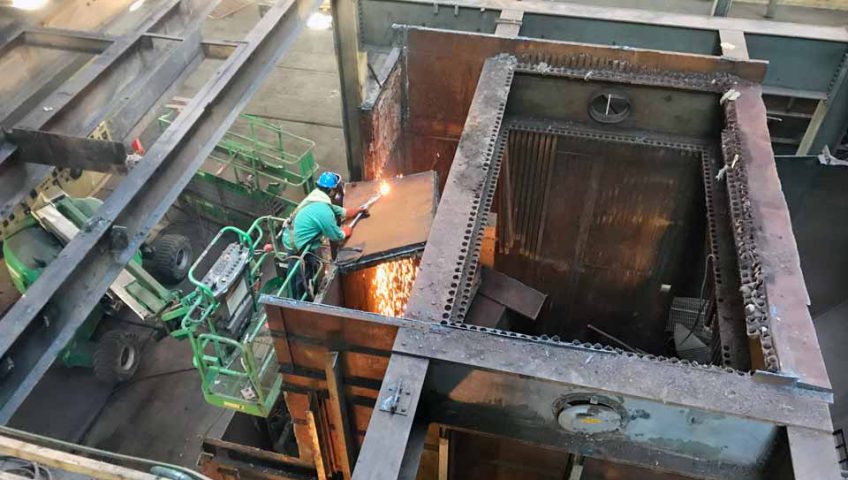 Michigan-based North American Dismantling Corp. recently stripped out the Blackhawk Power Station in Beloit, WI, so that it can become a new recreation center for Beloit College. The college is an integral part of the community that surrounds it, so the Black Hawk Power Station will be converted into a central gathering space where campus and community members can gather to eat, study, exercise, exchange ideas, and collaborate.

Starting in June of 2017, North American Dismantling Corp. (NADC) began site preparation for the removal of the plant’s Units 3 and 4 boilers and turbines, non-structural steel, coal handling, and precipitators structures, tanks and their associated piping, and the plant’s circulating water intake and discharge systems. 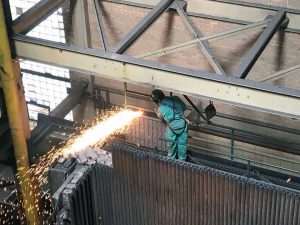 When developing the power plant into the community center, NADC had to protect all the architectural items that will be part of the new building. These included the plant’s roofing, siding, windows, and doors as well as the plant’s Unit 3 coal grinder, the overhead cranes that serviced both boilers, the interior brick veneer façade, and the turbine floor’s ceramic tile.

As with many power plant projects, NADC cleared much of the site in preparation for its new use, removed any process gases and oils remaining in the plant, backfilled any excavations, and decommissioned the plant’s discharge piping and intake tunnels.