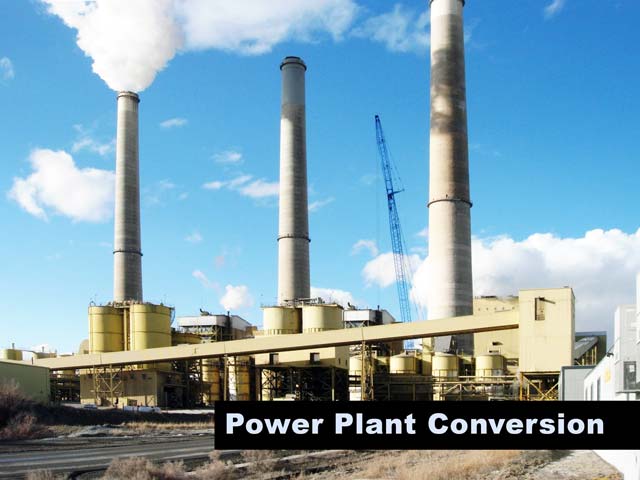 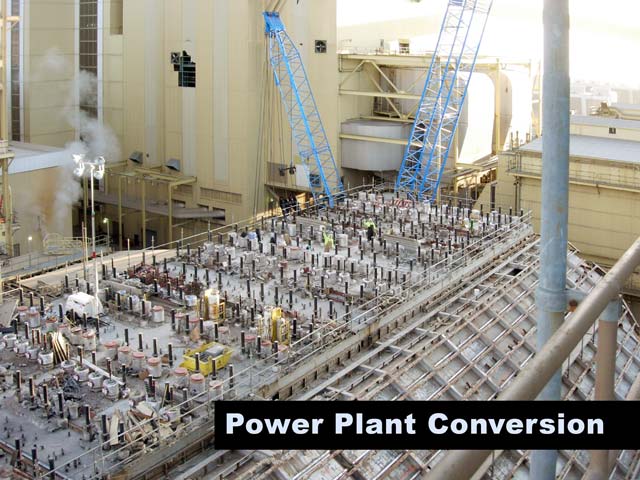 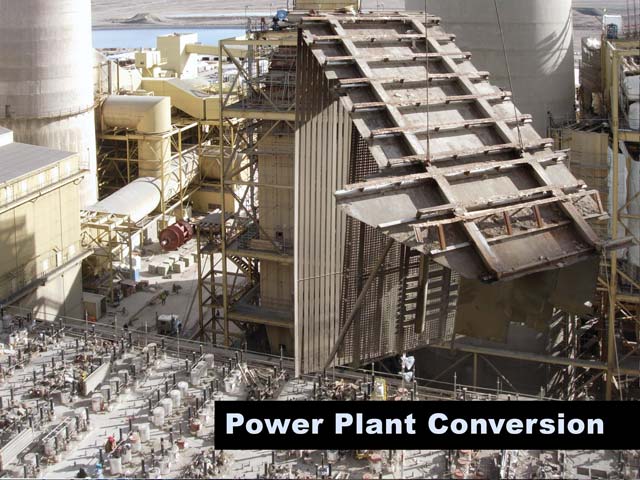 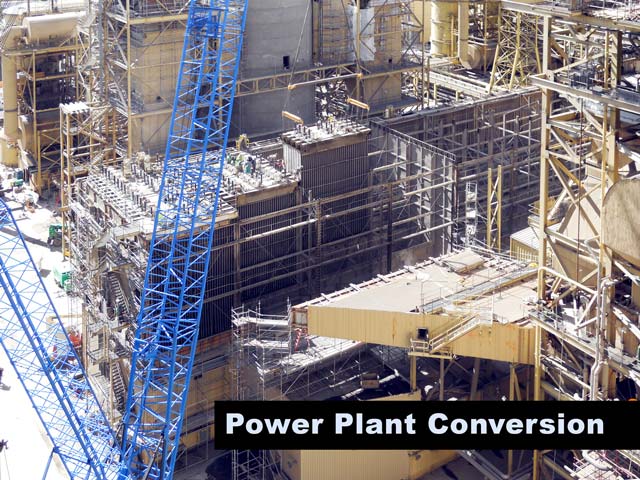 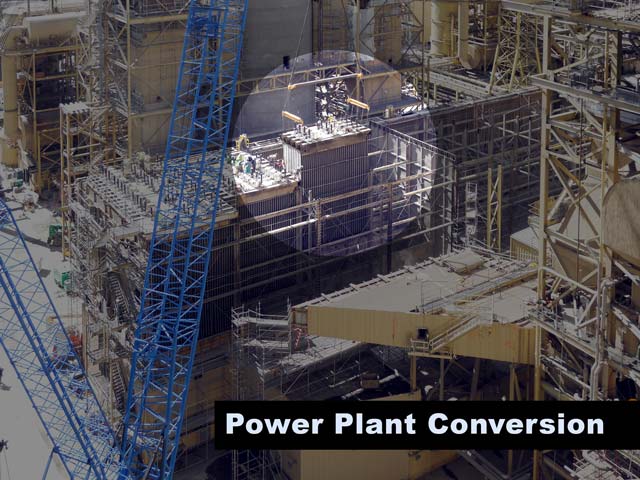 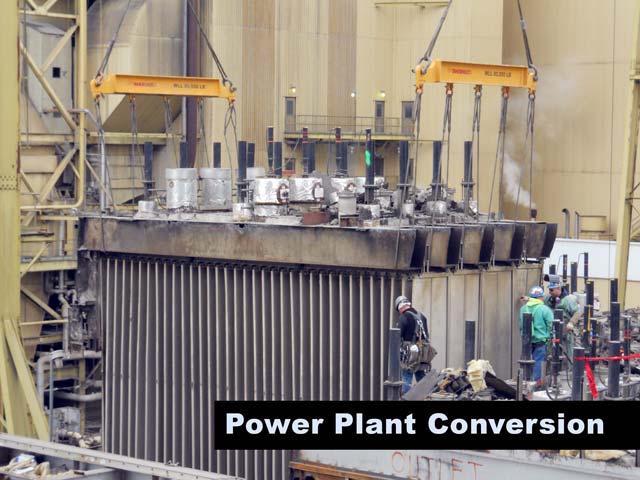 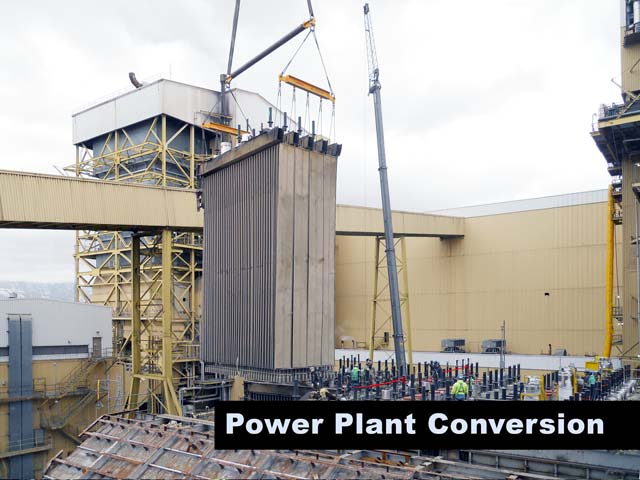 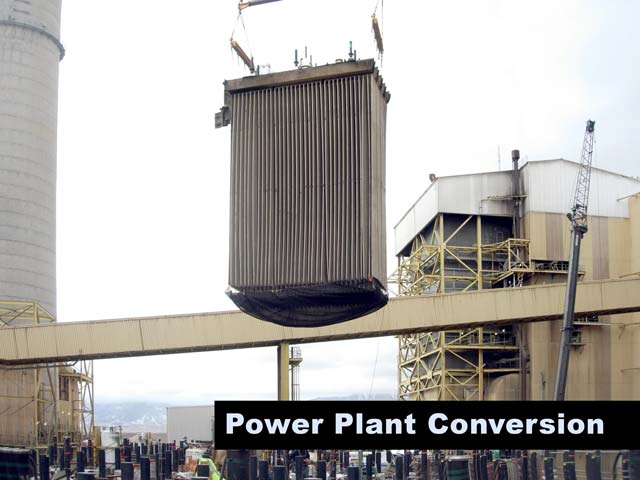 The existing roof mounted transformers/rectifiers were dismantled and hoisted from the roof. The bulk of the ESP was removed in large components (80,000 lbs.) or “bundles”. This was unique and essential because the new PJFF would utilize the existing hoppers, structure, interior bracing and center dividing structure.

To insure the safety of traffic traveling along the roadway, NADC provided the necessary road/landing area security during the course of its operations. The project was completed without incident or OHSA recordable accidents.

Contact us for more detailed information
on your power plant demolition project.